Ho Happy Jackie (1995) is one of my favorite AZ tracks. The song is about a promiscuous woman who will do whatever she can to get money and attention from men.

I always thought this inspired Nas’ Black Girl Lost(1996) because aside from the narrative of the song,  the girls in the skit sound identical to the girls in Ho Happy Jackie.

November 6 is Election Day, where Mitt Romney will go against Barack Obama to decide who will be the President of the United States.

From my understanding, hip hop has always swayed towards the Democrat Party, despite many rappers lyrics sharing more in common with the Republicans such as lower taxes for the rich and gun ownership.

Hip hop played an important part in helping Barack Obama get elected, as rappers were able to influence many young African Americans to register and vote, particulary those from impoverished backgrounds.

However, hip hop does have a less visible Republican prescence.

Eazy E donated $2500 to the Republican Party and met with Ronald Reagan at the White House
50 Cent once said that if he was able to vote, he would vote for George Bush.

Even Kanye said that END_OF_DOCUMENT_TOKEN_TO_BE_REPLACED

Rare interview where Suge Knight claims that Jay-Z got tied up and gagged, in a hotel room when he came to L.A.

There’s the usual Suge rhetoric about people being informants and how he’s the only black CEO in hip hop to own his masters.

Also claimed to own a Jennifer Lopez sex tape.

Dre and Snoop told him that, ‘When you on the west coast, you wrote a song for me, don’t worry ’bout nothin’.’ Next thing I know he’s taped up, robbed, and gagged.”

Is Jay-Z the most successful Jewish rapper of all time?

Some people say that Yiddish is the second language of the entertainment industry, and I wouldn’t put it past Jay-Z to have taken note of this.

Now as far as I know Drake and The Beastie Boys are the most successful Jewish rappers of all time, as Jay-Z doesn’t claim to be part of any religion.

Aside from that Jay-Z calls himself J HOVA , a reference to him being an alleged God MC.  Jehovah is also the Jewish name for God, we know Jay knows this when he says END_OF_DOCUMENT_TOKEN_TO_BE_REPLACED

Solve all your problems by giving me money!

Russell Simmons is a hip hop legend. This does not and should not make him immune to criticism. Mr Simmons is also worth an estimated $340 million, so it’s pretty safe to say that he is not part of the 99%! It’s his money and he can do what he likes with it. However, Mr Simmons has stated that he would support paying more taxes. The problem with increased taxation in my opinion, is that it would have a crippling effect on the middle classes and small businesses, simply because after taxes their would not be enough money going around to spend frequently. The consumer would be forced to save money and spend wisely.

Anyway, yesterday Russell said that he is planning an END_OF_DOCUMENT_TOKEN_TO_BE_REPLACED

Sampling: Free Spirit/ I Will Be Your Friend

Here is Sade: I Will Be Your Friend.

And here is Drake: Free Spirit.

Jay-Z: Who You Wit Part III. 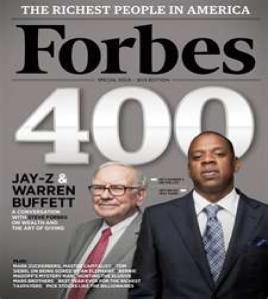 “Kick in the door, Biggie flow”

I got inspired by the last verse of Murder to Excellence, when Jay and Kanye mimic Biggie’s flow in homage.

Biggie had a legendary flow. He would speed up and slow down on the beat – it sounded like END_OF_DOCUMENT_TOKEN_TO_BE_REPLACED

Although I’m sure he means no harm by it, this line really irks me.